IF YOU HAVE, OR KNOW THE WHEREABOUTS OF, ANY BOARDS DESCRIBED BELOW, PLEASE SEND IN A PHOTO!

Funnily enough, the humble breadboard – or certain of them –  can be traced back to one of the foremost carvers of Victorian times, one William Gibbs Rogers (1792 – 1875) who was inspired by Grinling Gibbons and made his reputation restoring and replacing rotting drops and swags across the stately homes of England.

Although enjoying much renown during his lifetime, his fame has survived but piece-meal in a DNB article, an obituary in the Art-Union, a small book published by his descendants and some brief mentions across certain National Trust properties where he was active. His accomplishments in carving certainly merit a book and if there are any keen researchers out there please get in touch as we have a good deal of primary source material relevant to such a project.

He created many masterful sculptures, and was patronised by the Great and the Good, including Queen Victoria and Prince Albert. His most notable sculptures can be referred to in the summaries above. Mr Rogers provides a list of glowing mentions in the press, including The Times (1828), The Spectator (1831), Whitehall memorandum (1844), and the Art Journal (1848).

But he also carved breadboards, possibly as a side-line during the lean times, his bread-and-butter. Bread-platters are first mentioned as being produced by Mr Rogers in the Art Union in 1848, a journal which reported on the innovations in Art and Manufacture from the 1830s -1904. It cannot be confirmed if he was the first, but he was the first in print. Mr Rogers was noted for producing three original designs: 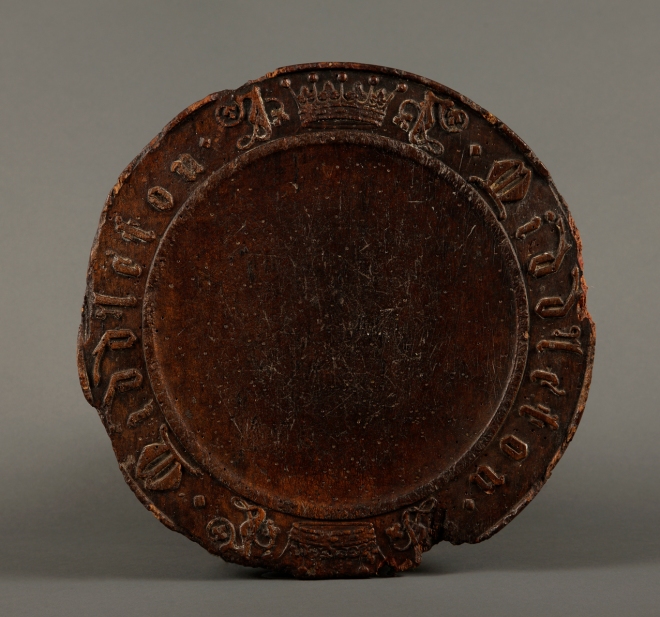 In another article, his bread-platters are described again as `very various but all of them exceedingly chaste and beautiful`. At this point demand was far outstripping supply and finding sufficiently competent carvers was a challenge.

His carved boxwood bread knife handles are described in 1848: 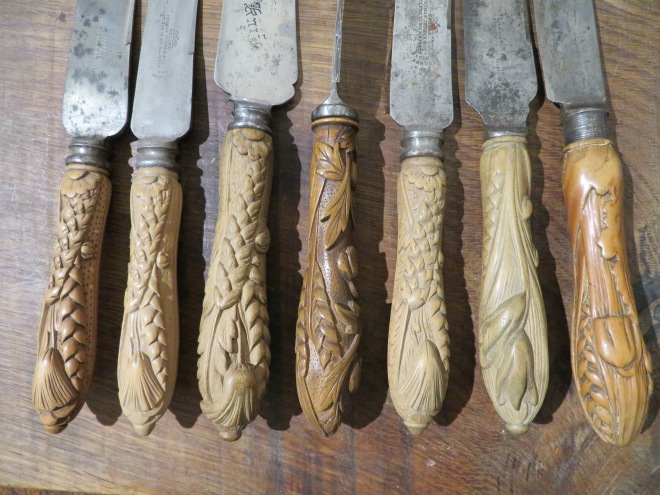 `We rejoice to find the most accomplished wood carver of the age directing his attention to matters comparatively trivial, but still of great importance as a means of educating to pure taste in Art.`

`The fame of Mr W.G.Rogers has been established by works of a far higher order; but these objects of daily use have all the qualities of grace of design and delicacy of finish, which distinguish his more elaborate performances.`

Mr Rogers is also attributed by the Art-Union in 1851 with initiating the carving of boxwood back in the year 1844, the material used most commonly for bread knife handles. Prince Albert was so impressed, he commissioned from Mr Rogers the carving of a cradle for his next child, Princess Isabella, in boxwood. It is still on view in Kensington Palace. `The impulse thus given to the new application has, as might be expected, extended, where a few years ago, its use would never have been thought of.`

In the Great Exhibition of 1851, Mr Rogers, `Carver to Her Majesty the Queen`,  was not only one of the Annotators of the Official Catalogue, but submitted 68 of his own carved items, amongst which were a number of bread-platters in the Fine Arts Court: Class 30.

Around this period, Mr Rogers carved various sacramental items such as the altar plate below.

In 1854, he produced a list of all his contributions including those to the exhibitions of New York and Dublin.

His descendants have been very enthusiastic in gathering  family stories and locating his heirlooms. One such surprising discovery was a breadboard in Australia. One of his sons, Frederick Horace Rogers left London for Hobart in 1854, alone at the tender age of 19,  where he was joined by his wife to be, Mary Minton Long,  in the same year. They were married on 18 May 1855, the date on this bread board, which is still in the possession of his daughter`s descendants. There is speculation about a scandal bringing shame on the family. Little trace of him remained in the family documents. Despite the regrettable circumstances, a personalised breadboard was given to him as a parting gift with their initials F M R.

In 1861, Mr Rogers holds a sale of his collection, which describes certain items of carved wooden tableware:

PHOTO WGR as an old man